SOS Project is releasing a real musical hit here together with Dante Thomas at the end of summer 2017! If you are in the mood for vacation vibes, a good mood and beats that just won’t let you go, you’ve come to the right place with their latest track “Fiesta”! Attention all DJs: You can currently find the title in our promo .

This number creates something that many have already failed at – it brings back commercial pop from the 2010s to 2013s and connects it with current musical influences. But how is that possible and why does “Fiesta” work so well?

With 110 BPM, the track can be played in the club as well as on the radio and can therefore accompany the whole day. The synergy between Dante Thomas’ voice and the Latin American sounds in the background is strong and encourages you to sing along in the shower. When listening to the song, you like to think of secret love, because it beautifully describes the details that catch your eye when you wear the rose-colored love glasses. The lyrics are by no means exaggerated, but bring the feelings to the point through simple language, so that you can learn them quickly.

Marshmello is also one of the hottest DJs in the world . In 2015 the American first attracted attention and he really got off to a flying start in 2016 – he achieved his worldwide breakthrough with the single “Alone” released in May 2016.

Marshmello has had a giant marshmallow helmet on his head since the beginning of his career and in recent years there have been several troll reveals of his identity. At EDC Las Vegas 2016, for example, Tiësto was under the helmet. But today we know that Chris Comstock , who previously released music as a dotcom , is under his helmet. 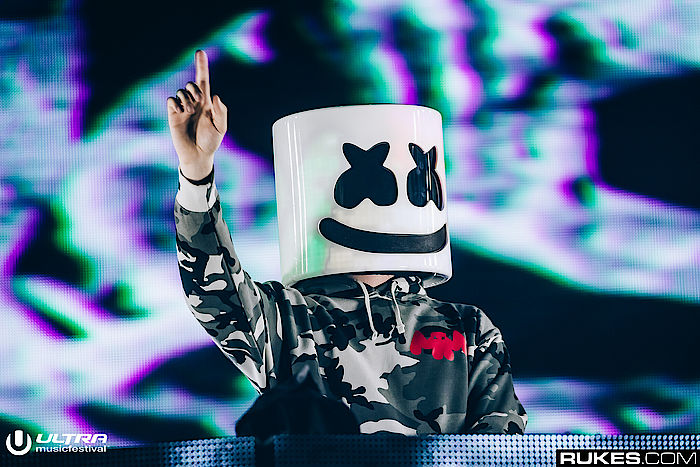 There are many indications for this: Skrillex had called Marshmello Chris on the phone, for example in front of the camera, and Chris Comstock appears in various collecting societies as the producer of the Marshmello songs. They also have tattoos in the same places. However, the identity has never been officially confirmed, but it is an open secret.